Limit of one (1) entry per building offered for sale with Proprio Direct and in effect on ProprioDirect.com. All eligible entries received during the Contest Period will be entered into the prize draw.

The contest is open to residents of Quebec who are at least eighteen (18) years of age or older as of the first day of the contest period. Notwithstanding the above, the contest is not open to individuals associated with the contest, , excluding employees of Proprio Direct and AIR MILESTM, representatives, agents, brokers, administrators and managers of Proprio Direct, its subsidiaries, its affiliates, its parent companies, their respective advertising and promotional agencies, suppliers of materials, prizes and services related to this contest and any other party directly linked to this contest, as well as the members of their families and the people with whom they are domiciled.

The prize must be accepted as is. It cannot be transferred, substituted or converted into cash. Proprio Direct reserves the right to replace the prize or part of the prize with another prize or another component of equal or greater value. Proprio Direct will credit the prize to the winner's AIR MILESTM membership account. The redemption of reward miles is subject to the terms and conditions of the AIR MILESTM Reward Program, including the requirement to pay applicable airport taxes. Limit of one prize per person or per household.

To be eligible for the prize, the participant must join the AIR MILESTM Reward Program and agree to comply with its terms and modifications. To become an AIR MILESTM member, visit airmiles.ca.

a) Declaring having respected the contest rules.
b) Releasing Proprio Direct, its affiliated companies, representatives, advertising or promotional agencies as well as their administrators, directors, agents, representatives, successors and the respective assignment of any and all liability in connection with the selected entrant’s participation in this Contest and/or the awarding and use/misuse of the prize or any portion thereof.
c) Authorising Proprio Direct to publish his name, address in any publicity or advertisement carried out by the Contest Parties in any manner whatsoever, without further notice or compensation.

Failure to comply with any of the above mentioned conditions or any other condition provided for in these rules, the selected participant will be disqualified and the prize which would have been awarded to him will be forfeited. In such a case, Proprio Direct reserves the right to draw the name of another participant from the remaining eligible participating entries.

Proprio Direct reserves the right, after having obtained the approval of the Régie des alcools, des courses et des jeux, to withdraw or modify the Contest in any way, as a result of an error, an alteration, an unauthorized intervention, fraud or any other problem deemed reasonably independent of his will, jeopardizing the smooth running of the Contest in accordance with these rules. Any attempt to compromise the legitimate conduct of the Contest constitutes a violation of civil and criminal laws. In the event of such an attempt, Proprio Direct reserves the right to exercise a right of action for damages to the fullest extent permitted by law, which may go as far as criminal prosecution.

Proprio Direct, with the consent of the Régie, reserves the right to cancel or suspend the Contest without prior notice and without obligation in the event of an accident, a printing error, an administrative error or any other type of error.

Any dispute regarding the organization or conduct of an advertising contest may be submitted to arbitration by the Régie des alcools, des courses et des jeux du Québec. Any litigation respecting the awarding of a prize may be submitted to the Régie only for the purpose of helping the parties reach a settlement.

Proprio Direct is not a representative of LoyaltyOne, Inc. and assumes no responsibility, including with respect to the exchange of AIR MILESTM reward miles and the operation of the AIR MILESTM Reward Program. Proprio Direct, its advertising and promotional agencies, as well as the administrators of the Contest assume no responsibility for the distribution of the prize, in part or in whole, between the account holders and the bulletin of participating winners.

This contest is administered by Proprio Direct inc. LoyaltyOne, Inc. has no bearing to the administration of the contest.

None of your activities will be shared on your Facebook page without your consent.

Yes No Rent
Thank you
× 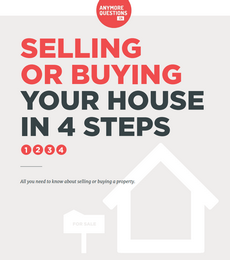 Receive by email now our practical guide to sell or buy a house in quebec.

Talk to a broker in your area